Technology is crucial in today’s educational environment. Teachers are now using computers daily as a part of their curriculum. Some ways they are using them include: Each school is different and consequently will have different projector needs. However, there are a few standard features that are important to have for the majority of school projectors.

Brightness of 2500 lumens to 4000 lumens (although more is needed for auditoriums and lecture halls).

Portable and lightweight or easily mountable.

Schools are typically in need of high quality projectors at a lower price. The following projectors are efficient, but also budget-friendly. We have chosen our favorites for a variety of class sizes and age groups. 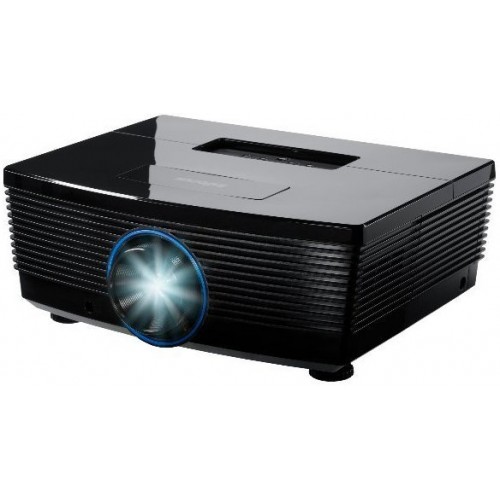 If you already have a projector for your classroom and the lamp needs replacing, MyProjectorLamps.com has you covered with an unbeatable selection of high-quality replacement lamps at low, affordable prices.  Shop with us today and save!

Can’t get that dark theater space you’ve been longing for? No fear. You can still have great movie and sports viewings in well-lit rooms. Whether for a home theater or public space such as an apartment clubhouse, church sanctuary or golf club lounge, there are many projectors that are made specifically for well-lit rooms. Conference rooms and classrooms may also be brightly lit which could cause some viewing problems. 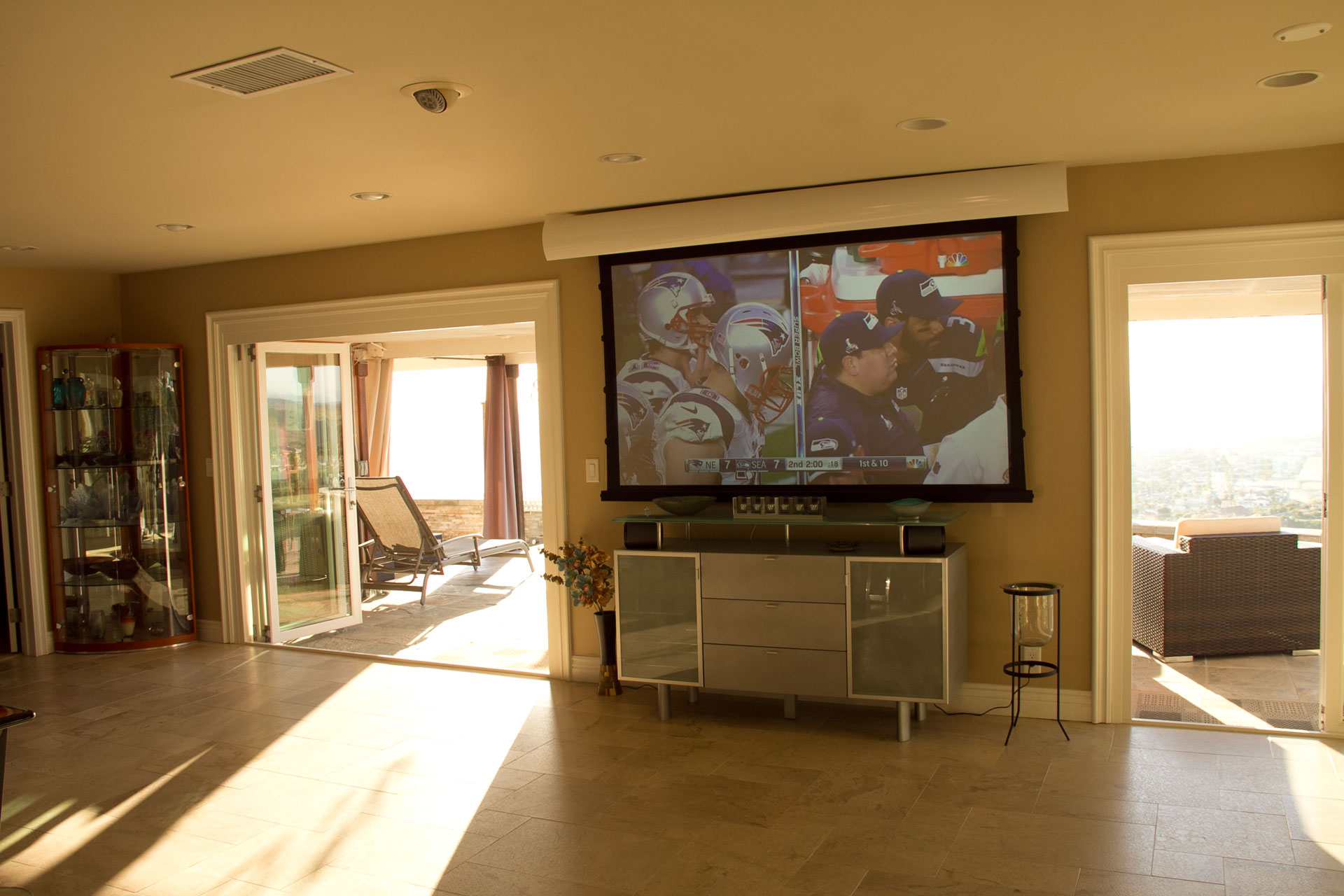 Today’s projectors offer more diversity, clarity and picture sharpness. And if your room doesn’t allow for mounting or installing a projector, you can simply place the projector on a table or cart for viewing. Deciding not to mount the projector will also let you use it in multiple places. The same is true for the projector screen, it can be installed or you can opt for a portable one. Often projectors used for larger spaces will suffice for brighter rooms. Or you can opt for a DLP or LCD projector. Some features to look for when shopping for a projector to be used for a well-lit room include:

Several projectors that meet or exceed these expectations include:

To enhance imaging, a special projector screen is also necessary. This should be a projector screen that absorbs light such as a black screen, one with front projection or ALR (Ambient Light Rejection) capabilities. All of these screens claim to improve image quality in brightly lit rooms.

If you already have a projector but the lamp needs replacing, MyProjectorLamps.com has you covered with an unbeatable selection of high-quality replacement lamps at low, affordable prices.  Shop with us today and save!

Spring is just around the corner and with it comes the NHL playoffs and the new MLB season! Watch your favorite sports team in the comfort of your own home. Create a sports bar environment with a large screen and projector for viewing. Lightweight and portable, you can also move your projector to your backyard for a fun, outdoor sports party. Projectors show better images than really large, flat screen televisions. They are also more economical in most cases. However, you will need to choose the right equipment to get that movie theater quality look and feel.
When choosing, look for a projector with the following features and capabilities:

The following projectors are great for sports watching. Additionally, they are economical and will fit into the average home theater budget:

Shop for replacement projector lamps on MyProjectorLamps.com. We offer an unbeatable selection, the most affordable prices, and fast shipping. We’ve got you covered!

Looking for a budget-friendly home entertainment projector? Well, the InFocus IN116X might just be an ideal fit for you. Starting at $399, the IN116X is priced competitively. Plus, it’s equipped with a range of features that make it ideal for a number of different applications, including home entertainment.


As a budget projector, the IN116X does have some limitations; it doesn’t have a built-in audio speaker, for example. But that’s to be expected from a sub-$500 projector. Yet, there’s a lot to like. The DLP-based projector is ultra-low maintenance, with an average lamp life of 4,500 hours. Plus, the image quality is perfect for watching TV or Blu-Ray content in the 1280×800 widescreen resolution. This isn’t a Full HD projector; but it works nicely in the living room for home video at a fraction of the price of Full HD set-ups.

InFocus IN116X: Pros
There are a number of applications that the IN116X does particularly well. The projector is 3D ready, has an HDMI input to connect with a Blu-Ray player and other digital devices, and the image quality is impressive. Here are a few highlights:

InFocus IN116X: Cons
Although there’s a lot to like, the projector does have its limitations. It’s not equipped with the feature set you’re likely to see from a more expensive home theater projector, but fortunately, the limitations are few.

Bottom line, at just about $400 new, the InFocus IN116X delivers quality performance, at a microscopic price. It might not have the most robust features, but if you’ll just be using this for home entertainment, it might just be an ideal set-up.

Good evening, I’m Joe and this is my review of David Lynch’s “Lost Highway” – but first – I’m an A/V nerd so let me give you the rundown of my home theater setup.
Screen: Elite Spectrum2 125”
Projector: InFocus IN3128HD
Blu-Ray Player: Pioneer Elite BDP-33FD
Receiver(s): Nakamichi AV-8 Main Receiver, Carver AV-806X Preamp
Speakers:
• Center: Velodyne CHT-FRSGV
• Front: JBL Northridge Series N38
• Rear: Polk Audio – FXi A4
• Subwoofer(s): Velodyne VLF 810 (2)
David Lynch, an American enigma, and his films are even more of a conundrum than he is. In 1997’s “Lost Highway” he continues his usual modus operandi which takes us into the unknown and blurs the lines of reality and dreams. Bill Pullman plays Fred Madison, a saxophonist who is terrorized by a man who enters his house when he’s asleep and videotapes him and his girlfriend Renee (Patricia Arquette) as they sleep.
At a party, he meets a strange mystery man played in ghastly white makeup by Robert Blake, who declares he is behind the videos Madison received. Mystery Man invites Fred to dial his own phone number and to listen as he, who is standing right in front of him, “answers” at the other end of the call.

There’s also a grisly murder, a fire, a transformation of physical being – right out of a Kafka novel involving auto mechanic Pete Dayton (played by Balthazar Getty), a gangster’s pornstar arm trophy, also played by Arquette, who convinces Pete to commit a crime, a memory lapse by Getty, a reappearance by Fred Madison and a series of bizarre foreshadowing and precognitive images that add to the mystery of “Lost Highway.”
The film’s end result is a world that is part film noir and part nightmarish delight/classic Lynch, in which you feel as though something is wrong throughout the whole movie but you can’t quite put your finger on it.
Suffice to say, it is a weird movie in that spooky, stomach-turning, deadpan delivery that Lynch’s movies always are and it’s guaranteed to perplex anyone who likes narrative films to be wrapped in tidy resolutions and optimistic fade- outs. The striking visuals, combined with Lynch’s regular composer, Angelo Badalamenti’s music and intense sound design are all frighteningly effective.
“Lost Highway” often feels like an esoteric, intentionally perverse joke that Lynch knew would never make sense to most viewers. It’s also feels, with its similarities to “Twin Peaks: Fire Walk With Me,” “Blue Velvet” and “Wild at Heart,” like familiar, yet treacherous territory. Lynch’s main objective is to shock and arouse us, but in using the same kind of music, camera effects and offbeat editing rhythms over and over his work is beginning to look like variations on a single theme – the nightmares that creep into our realities… or is that the other way around?
Patricia Arquette, whose acting style is perfectly matched to Lynch’s vision, gives the strongest, most memorable performance and is reminiscent of Kim Novak’s similar dual roles in Hitchcock’s “Vertigo.”

There are also cameo appearances by Richard Pryor, Marylin Manson, Giovanni Ribisi, Gary Busey, Henry Rollins, Mink Stole (of John Waters’ “Pink Flamingoes” fame) and Natasha Gregson Wagner, daughter of the late Natalie Wood. One piece of trivia to note: The pornography mogul Andy was played by Michael Masse – who was Fun Boy in “The Crow”, the one who inadvertently shot and killed Brandon Lee during filming.
Overall, I think this was Lynch’s masterpiece up until the release of Mulholland Drive four years later (another review for another time). This was his last hurrah for reality before plunging even further into the depths of the otherworldly nightmare realms of his next two films. Here we get to see some of the Lynch’s influences from Orson Welles, Alfred Hichcock and co-writer Barry Gifford (also wrote the novel for Lynch’s adaptation of “Wild at Heart”. If you’re looking for a happy ending, you should know better than to expect that from Lynch – this film is no different. I’ve watched this film over 20 times and it stands alone as a true depiction of anguish, desperation and the stark ugliness of horrible how humans can be to one another. The promotion of the film in US theaters was leveraging a rare event. When both Siskel and Ebert give it two thumbs down – which this one emphatically did, you have definite marketing potential to the large camps of moviegoers who reject the opinions of critics.  Thanks for reading, and if you liked it, please share!