Offering 50% more brightness than their predecessors, the JVC DLA projector series is a gem. Equipped with a high power lamp and Motion Enhance technology, it provides superior imaging whether watching sports or enjoying a movie. The latest in HDMI inputs have also been included on these projectors allowing for quick data transfer rates. 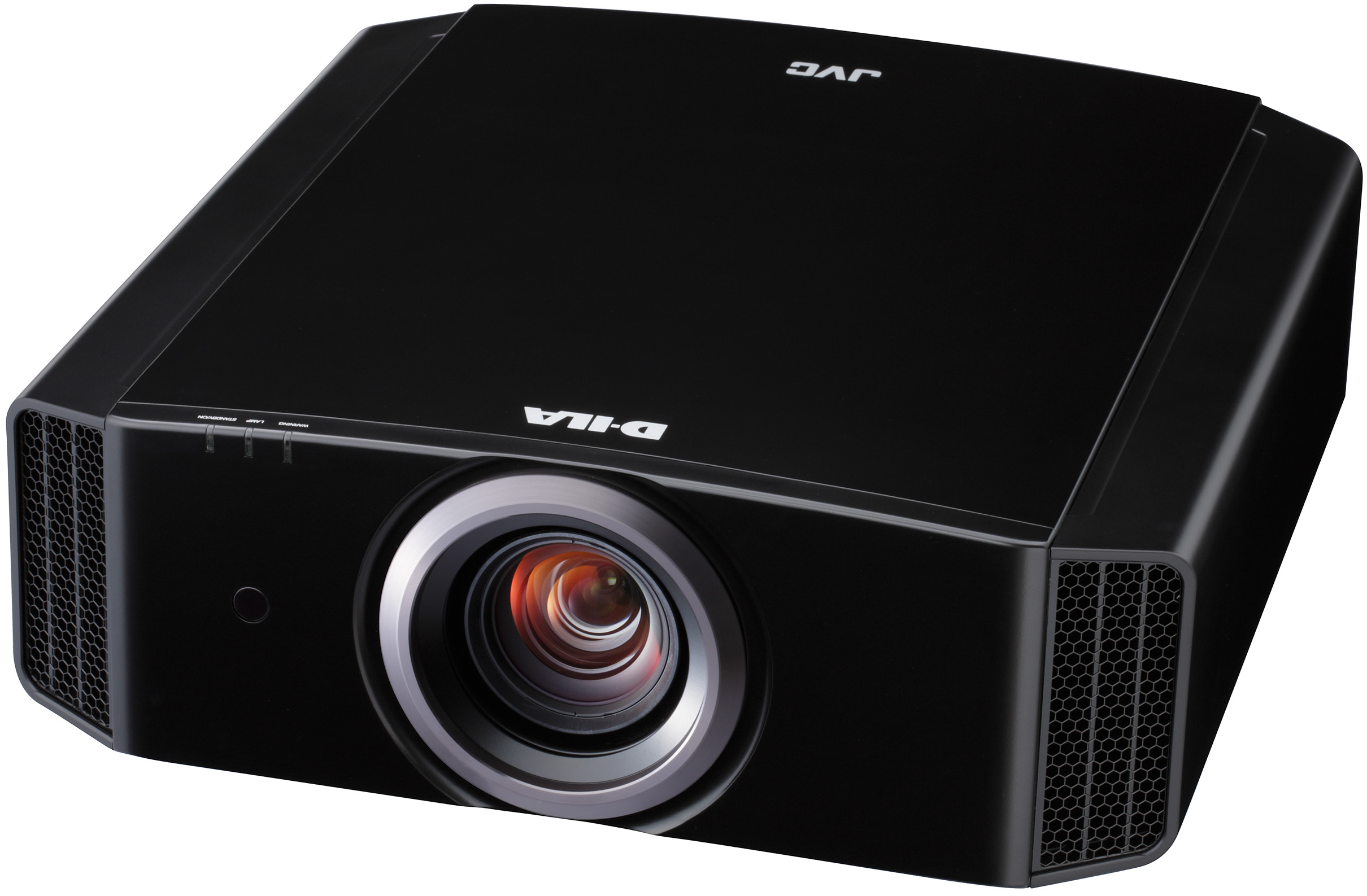 Priced at under $1,000, this projector is sure to be a favorite in homes this year. With 3000 lumens, it offers solid imaging for your home or office. Having an advanced sound system, it will provide an exceptional movie viewing experience. It further offers a wider color range and a shorter throw ratio for better pictures. 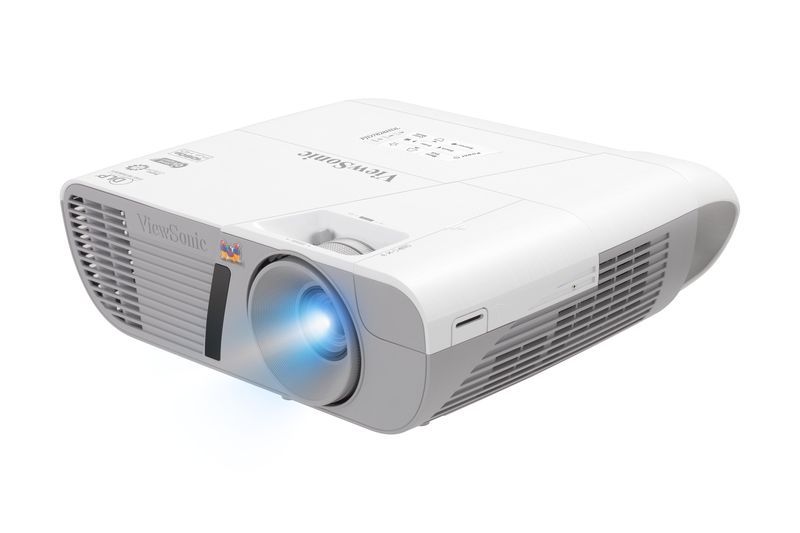 Extremely compact, this projector is lightweight and one of the most portable projectors on the market today. It offers 3000 lumens ensuring brightness and quality imaging as well as a 15000:1 contrast ratio. Equipped with 2 HDMI inputs, this projector will work with computers and blu-ray players. It also offers MHL support, and will work seamlessly with your Android phone or tablet. 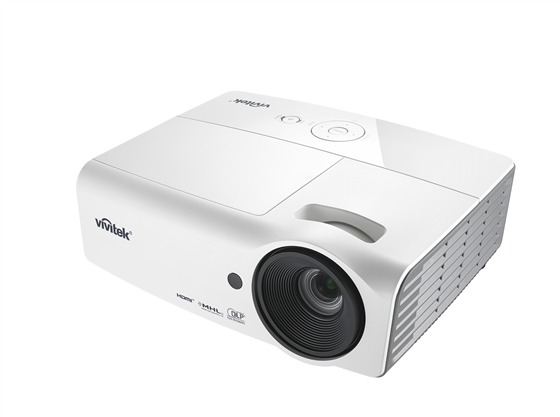 Shop for replacement projector lamps at MyProjectorLamps.com. We offer an unbeatable selection, the most affordable prices, and fast shipping. We’ve got you covered!

Whether you are making a sales presentation or facilitating a training seminar, the projector you choose will greatly impact its success. When looking to purchase a projector for your office or business, consider the following:

Considering these features, we have selected the following projectors as top choices for business presentations:

Find replacement projector lamps for these and other projectors at MyProjectorLamps.com. We offer an unbeatable selection, the most affordable prices, and fast shipping. We’ve got you covered!

Launched nearly two years ago, the Vivitek D554 is one of the latest iterations in the manfacturers’ D5 series. It’s a powerful SVGA projector that shares similarities with other D5 projectors like the D548, D551 and the D557. For example, it’s a DLP-based machine that delivers 3,000 lumens of brightness. That’s similar to other D5 projectors.


Additionally, the D554 can broadcast 3D images, it’s equipped with BrilliantColor technology, and can accommodate input from a range of connections including HDMI sources. In other words, the D554 is a powerful multimedia projection tool that’s well-suited for business and classroom presentations. Plus, it’s super portable, weighing just five pounds and with average zoom and image correction specifications.
If you’re on the market for an SVGA projector, the Vivitek D554 is a viable option that combines a range of functionality and an unbeatable price. From third-party sellers, the D554 starts at about $400, and used machines can be got for half of that. Pricing for new, capable projectors doesn’t get much more attractive than that.

Vivitek D554: Specifications and Features
There are a number of points that stand out, when looking at the D554’s spec sheet. First, is the brightness and contrast ratio. Images delivered by the D554 are bright, crisp and clear. Plus, additional features like its weight, lamp life and speaker add to the appeal. Here’s a look at some D554 specifications:

Overall, the D554 – and other projectors in the D5 Series like the D548 – is a great SVGA projector. It delivers amazing images, a suite of useful features, and the price is right. For $400, the projector is budget friendly, but you won’t be sacrificing functionality for price. This is an ideal option for businesses or classrooms that need a SVGA machine.

Released in 2012, the Vivitek D910HD was dubbed a “cross-over” projector. That means it’s capable of high-quality business presentations, but with a Full HD native resolution and 3D functionality, it can hold its own for entertainment.
Currently, the D910HD is still shipping, and there’s a number of reasons why this projector is worthy of interest by both business presenters and those looking for a home entertainment upgrade. The DLP projector boasts impressive image quality stats: 3,000 lumens, BrilliantColor technology and a Full HD resolution. Plus, the price is just right – it’s available in the U.S. and Europe with prices starting at $849. That price point puts the D910HD firmly in “wallet-friendly” projector category.


The Vivitek D910HD: Specs and Features
There’s a lot to like about the Vivitek D910. It projects a bright image with decent color saturation. There’s a range of connection options available, including HDMI, USB and RS232 ports. Yet, for the home entertainment enthusiast, it doesn’t provide that specialized performance that other projectors do.
For instance, the Optoma GT1080 is designed for home entertainment, with rapid refresh rate and specialized gaming modes. Because the 910HD is a cross-over projector, it doesn’t excel as a presentation tool or as an entertainment system.


The verdict? As an entry-level projector, the Vivitek D910HD does a lot of things right. If you need a projector for watching TV or movies, the D910HD will meet your needs. Or if you’re after a presentation set-up that can give a boost to multimedia presentations, the D910HD is more than capable.
Unfortunately, the D910HD is a jack of all trades, but a master of none. If you have specialized entertainment needs – like powerful gaming performance – or enhanced presentation needs – like cloud connectivity – you’ll likely be better off purchasing a projector that’s designed to fit your needs. It’s not to say that the D910HD isn’t worthy of an investment. There are a lot of reasons that it is. Yet, there are options that are more recent with a similar feature set and price.

When Vivitek’s H1080FD was first released in 2009, it was one of the only sub-$1,000 Full HD projectors on the market. Today that’s a crowded segment in the projector market, with all the major players like Optoma and BenQ delivering powerful Full HD set-ups well below $1,000. However, what made the Vivitek H1080FD so interesting at the time was that it delivered a high-quality image and substantial brightness for a below-average price. It was a perfect entry-level projector for home theater and entertainment.

Today, the H1080FD holds its own in terms of image quality. Although image quality isn’t perfect (which should be expected from budget projectors), this model performs well. It’s been out-of-production since 2010, and it’s starting to show its age. Today’s sub-$1,000 projectors achieve enhanced image quality, they’re equipped with better feature sets, and they start at right around $500. In other words, purchasing a used H1080FD doesn’t make a lot of sense, even if you need something cheap to use alongside your higher-end set-up. Simply stated, you’re better off buying new.

At the time of its initial release, the HD1080FD was an incredible offer. It quickly became a favorite entry-level home projector not because of price alone, but because it performed well. Here are a few things that stand out:

It’s not fair to compare the H1080FD to similarly priced projectors released today. The technology has greatly advanced in the last half-decade, and what’s possible today for less than $1,000, just wasn’t in 2009. Yet, even then, the Vivitek H1080FD had its own issues. These include:

Overall, the Vivitek H1080FD is a powerful projector that delivers substantial brightness and above-average image quality. The biggest issues are price and feature set. The H1080FD doesn’t have 3D capabilities, it’s not wired for cloud connectivity and set-up flexibility is limited (it only has zoom functionalities). Plus, it is out-of-production, meaning it’s only available from resellers or as used or refurbished. If you can find a low-low price on this model, it might be worth the investment, whether as a beginner set-up or as a back-up to your higher-end projector. But if the cost is close to $500, you’re better off splurging on the Optoma HD141X or BenQ 1070/1075. They’re only slightly more expensive but much newer and with updated technology.